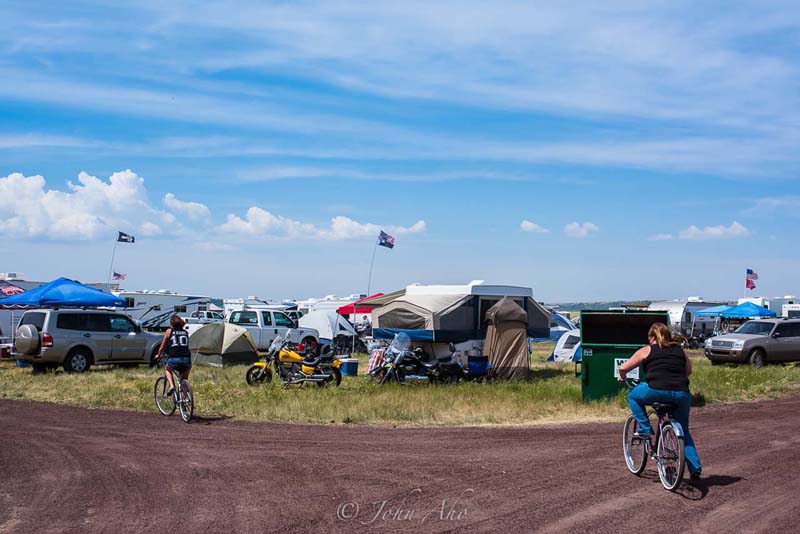 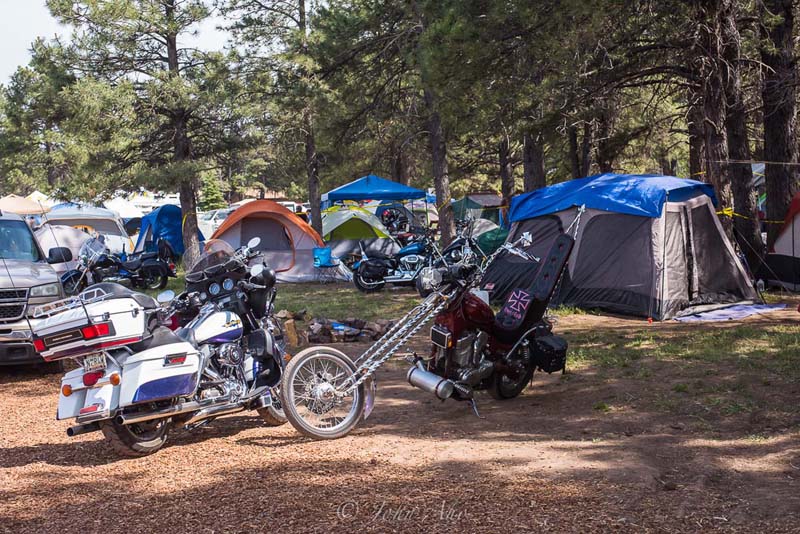 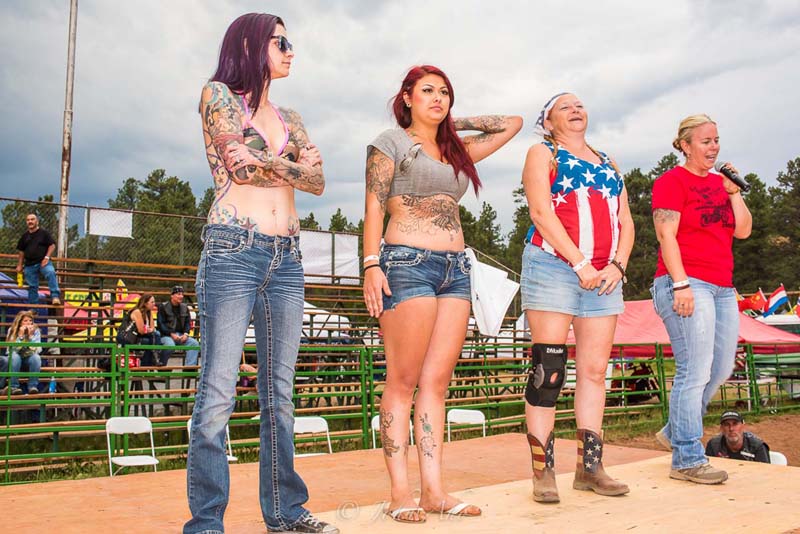 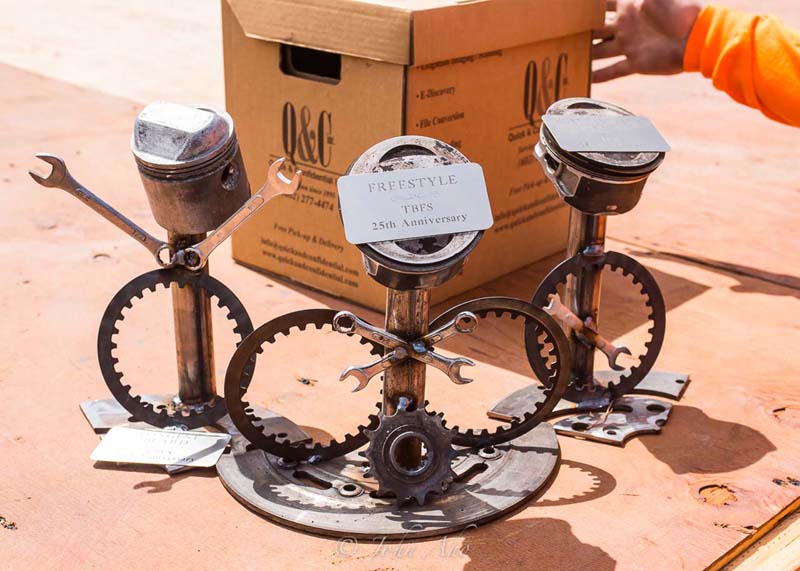 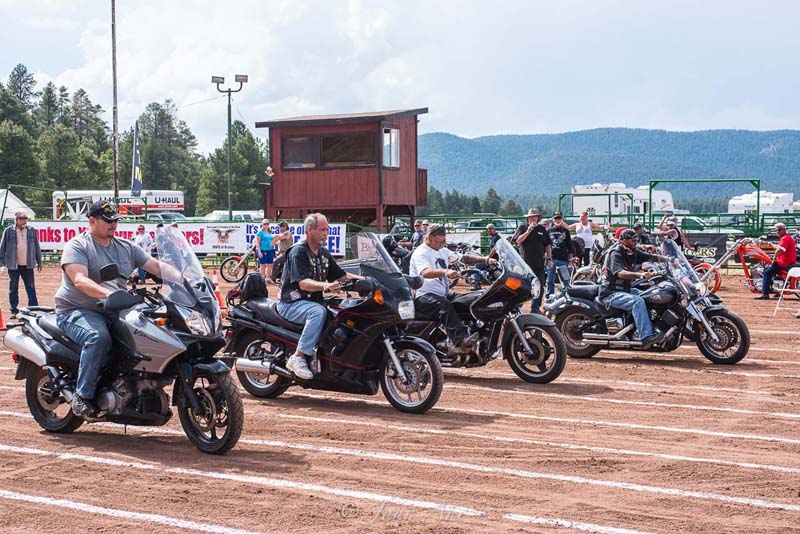 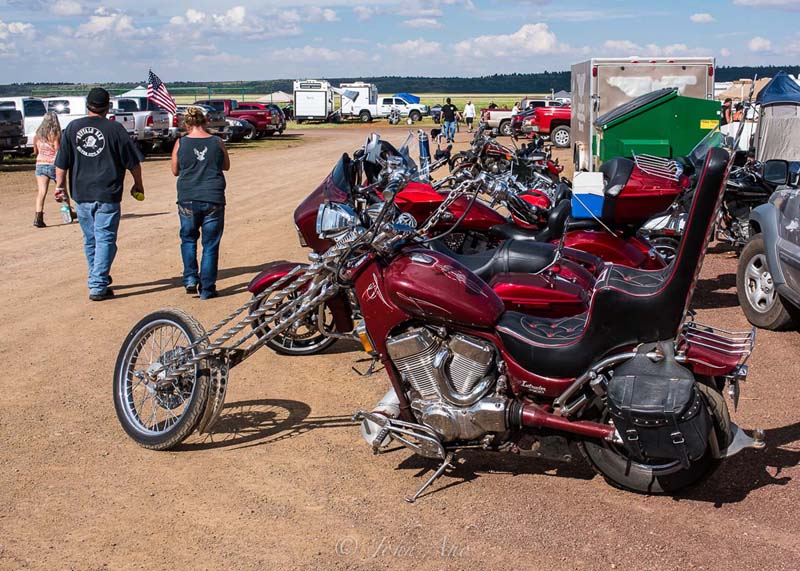 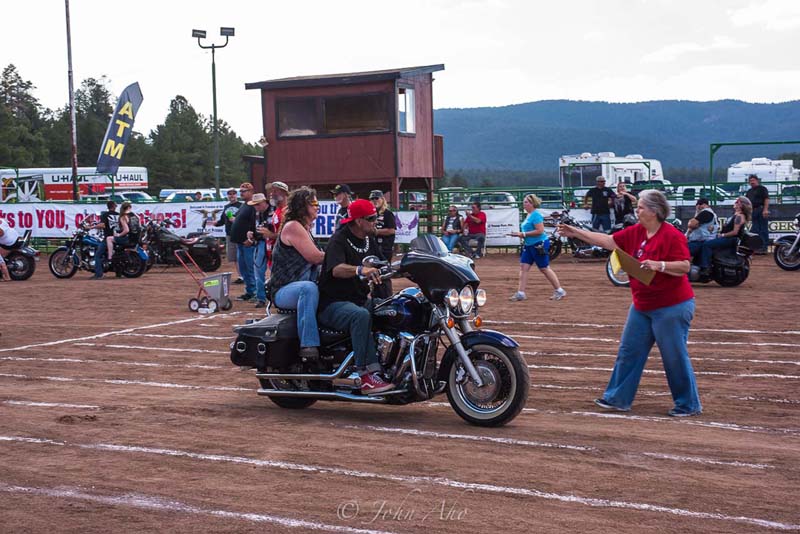 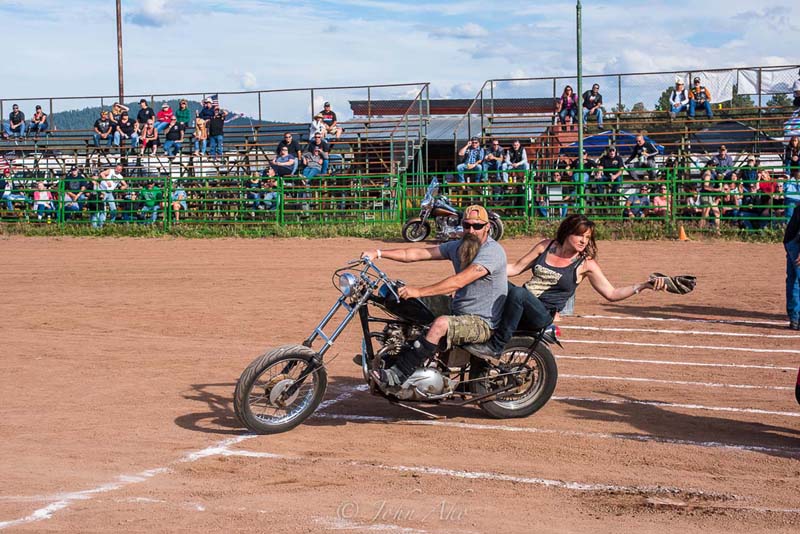 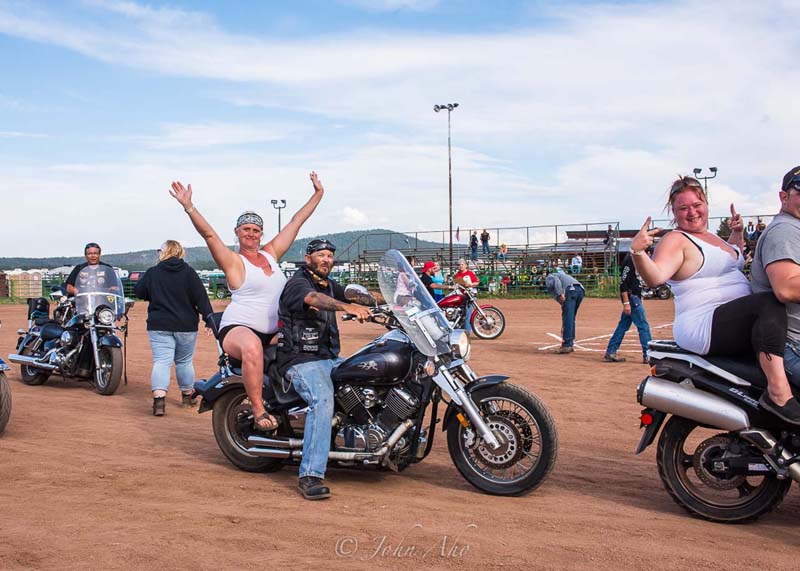 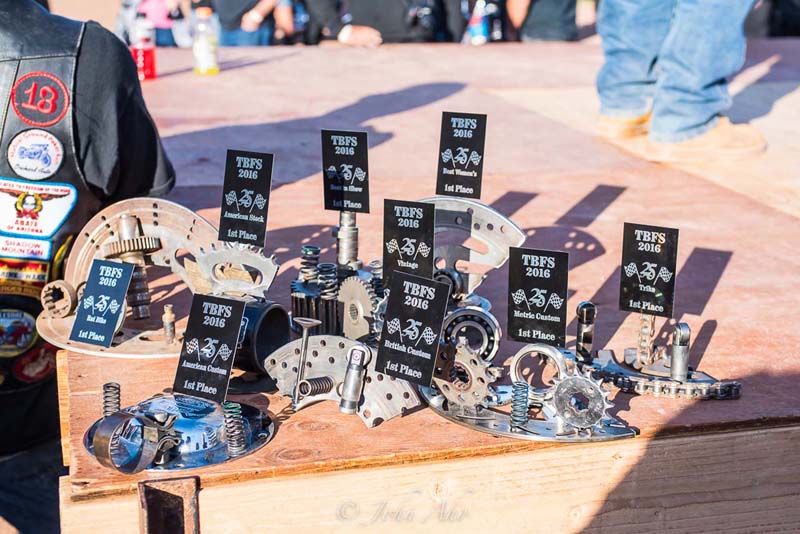 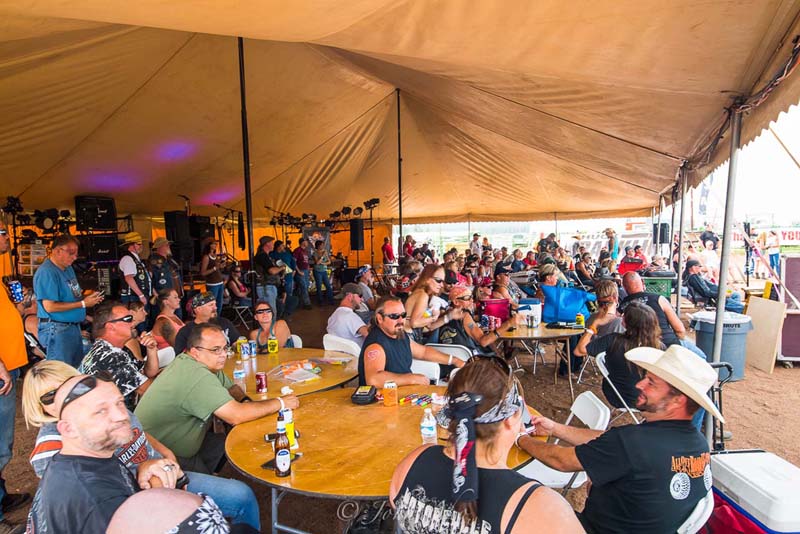 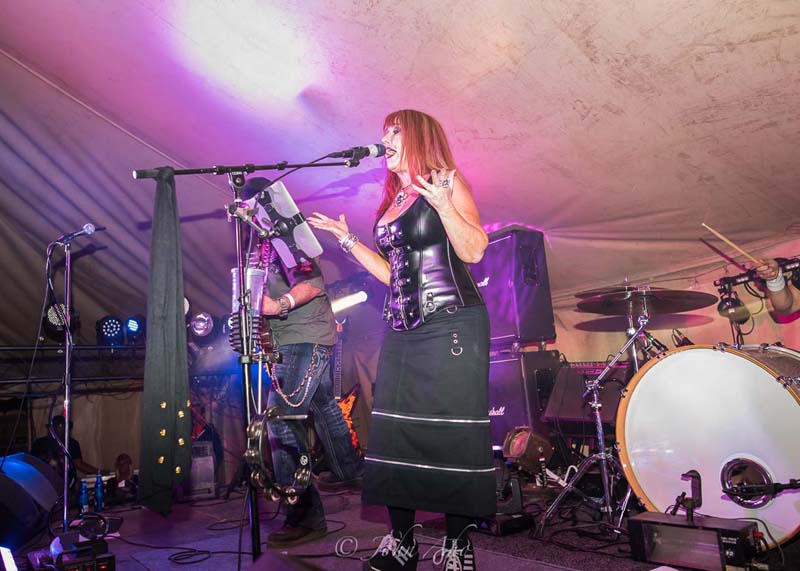 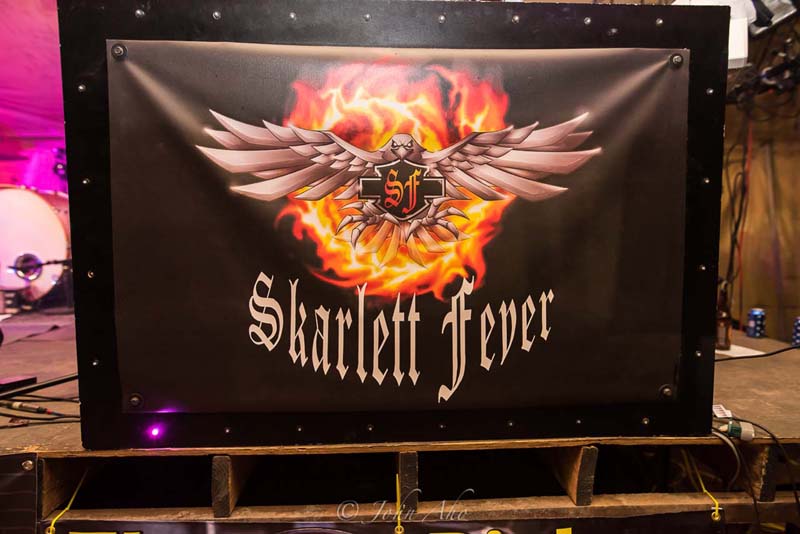 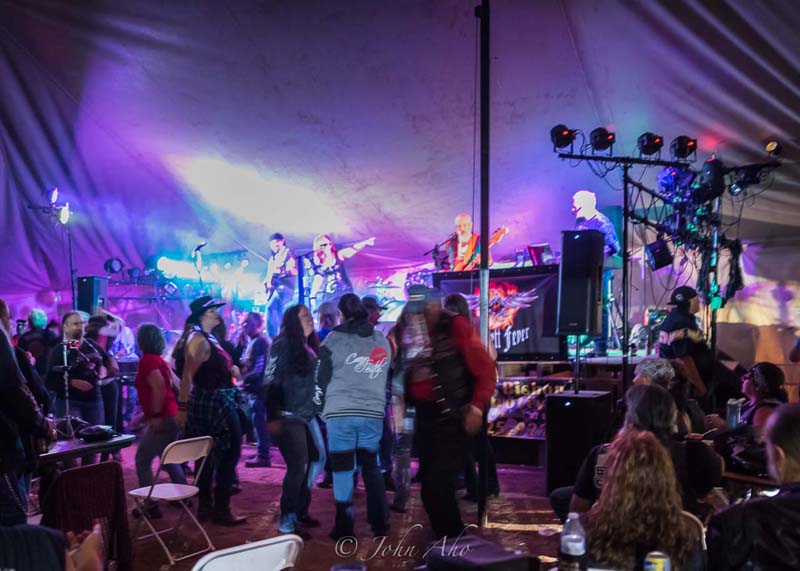 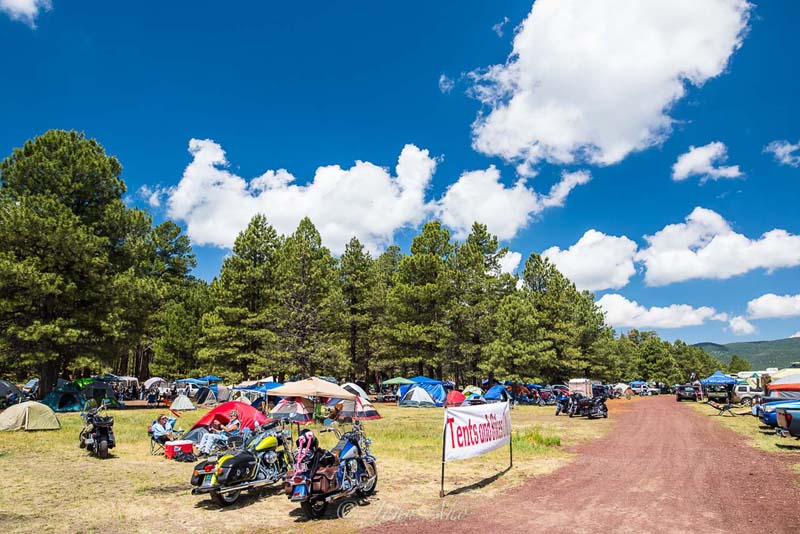 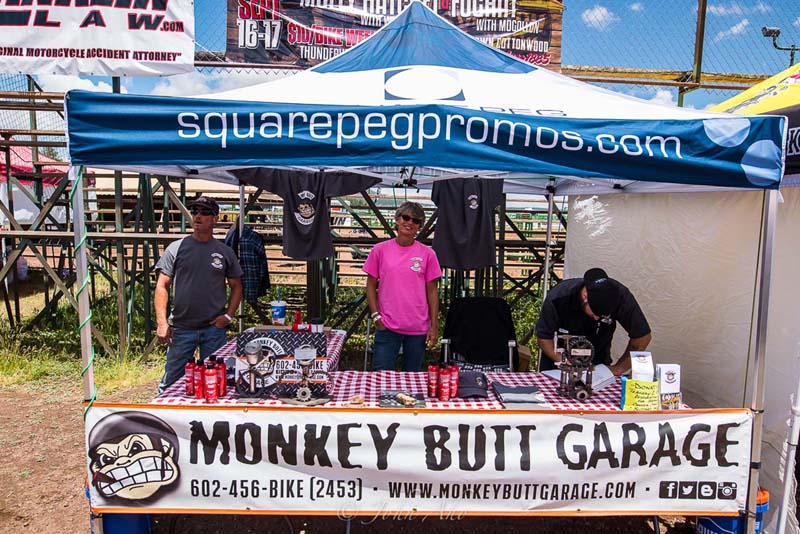 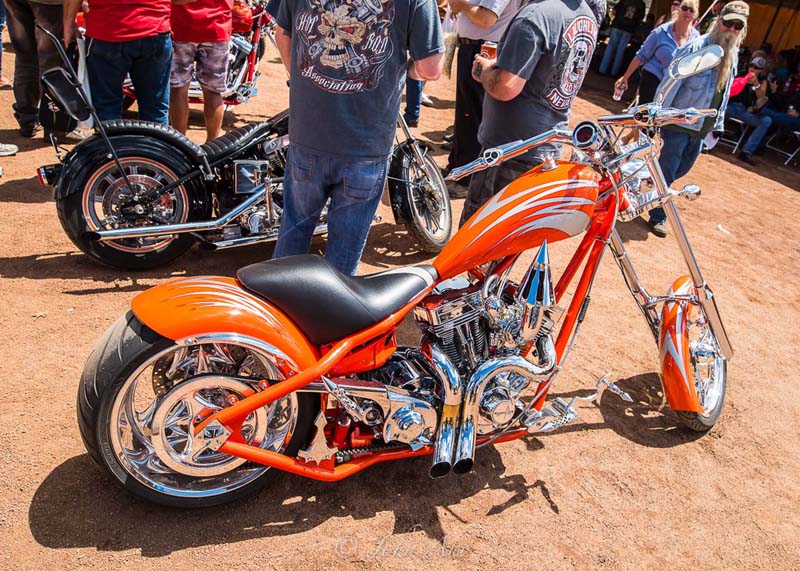 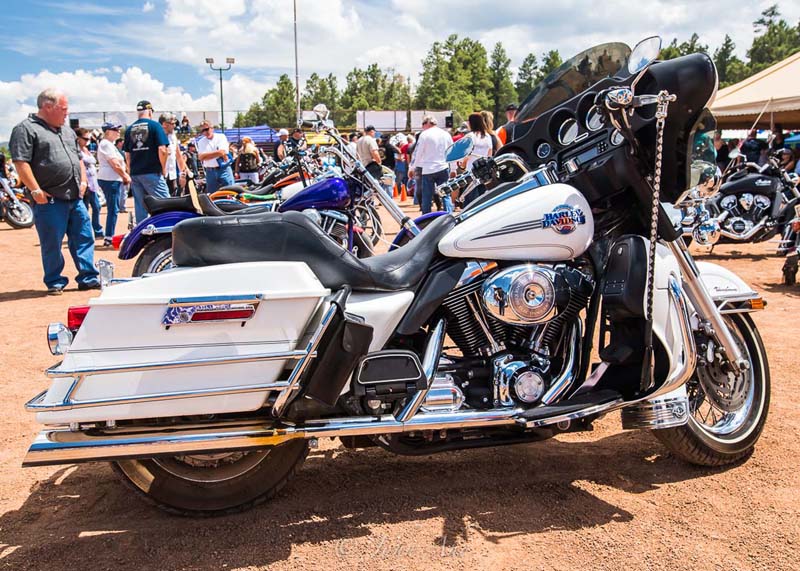 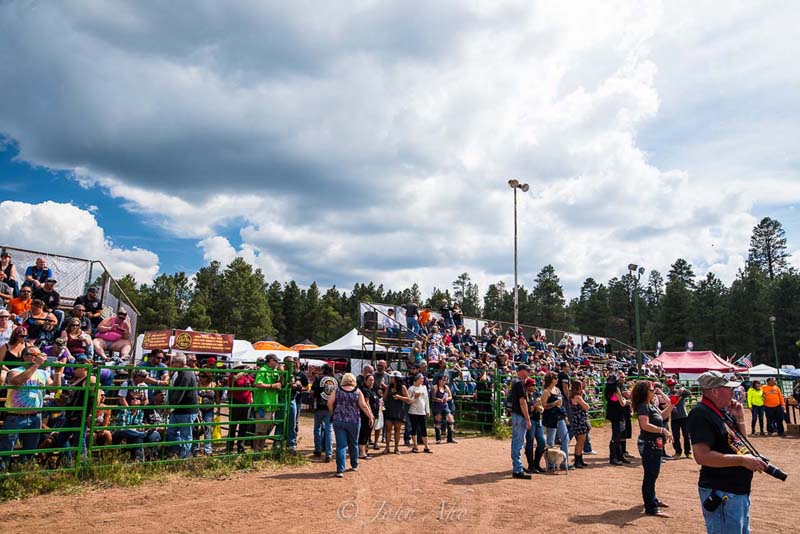 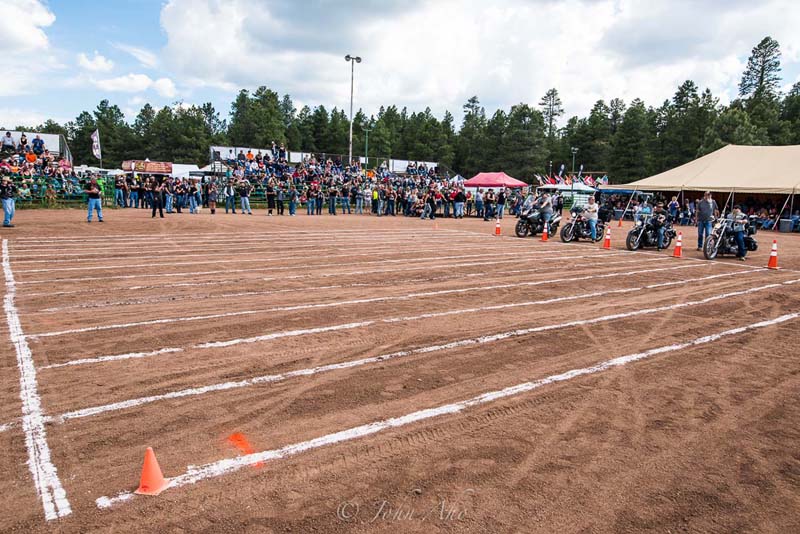 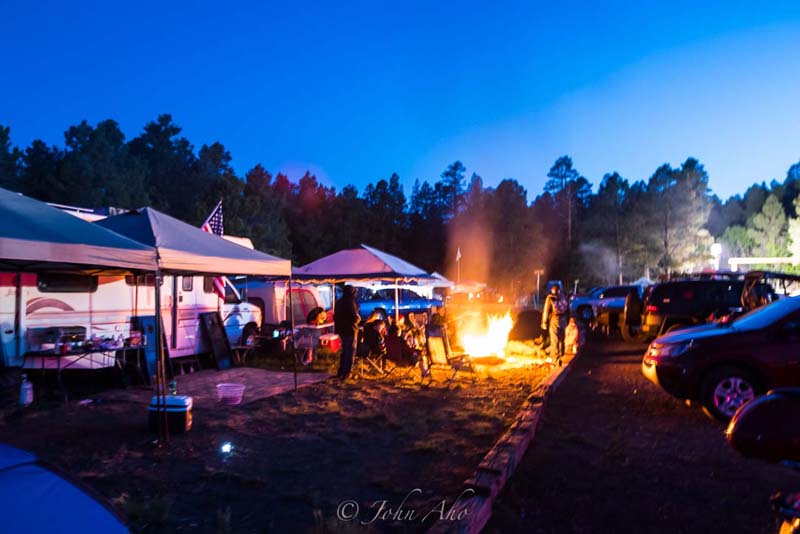 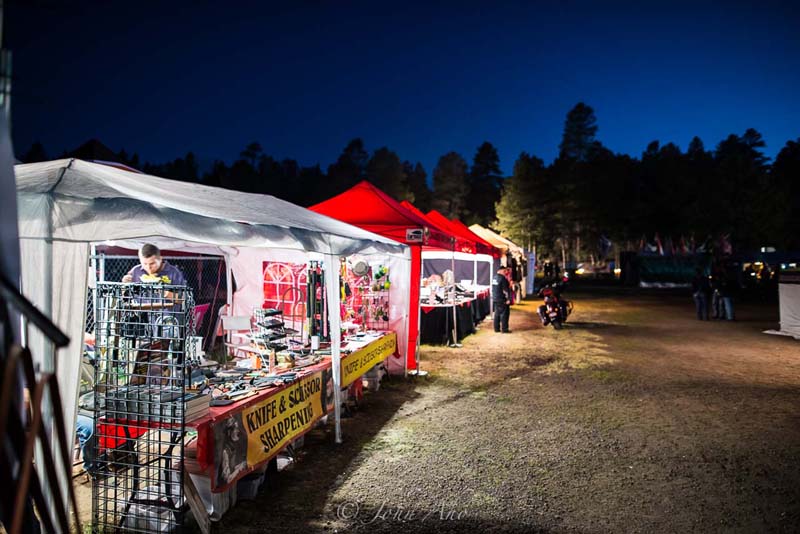 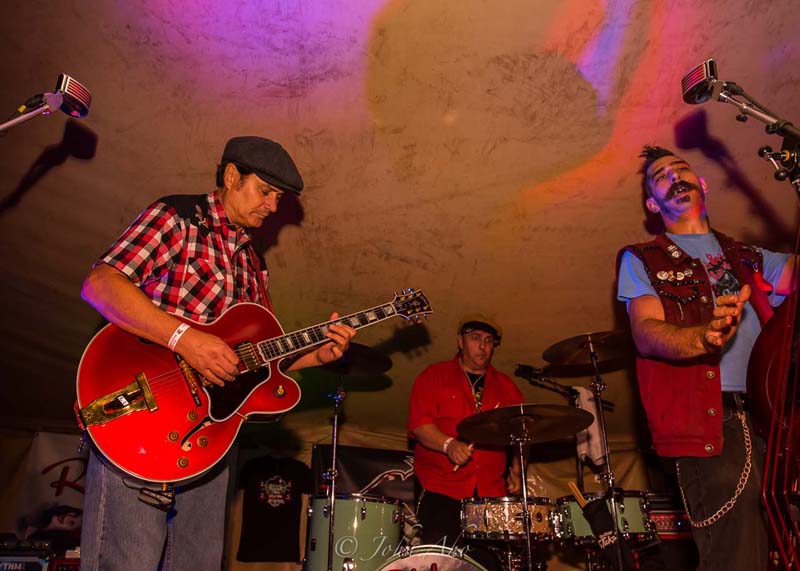 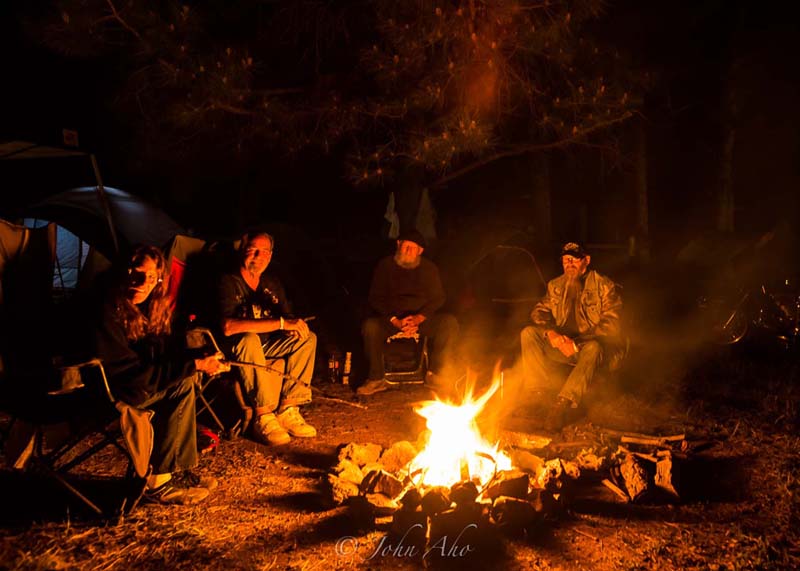 The History of ABATE

Sponsor of Too Broke for Sturgis

Easyriders magazine editor, Lou Kimsey, made a plea in issue #3, October 1971, for bikers to come together to fight impending restrictions by joining a new national organization called the National Custom Cycle Organization, but because of a conflict with the acronym the name was changed in February 1972 to A Brotherhood Against Totalitarian Enactments (ABATE). Easyriders began granting state charters around 1974, and Keith Ball was the original national coordinator (Keith was for many years the editor of Easyriders).

Around this time biker author Bob Bitchin was granted the original charter for ABATE of California. Ron Roloff and others had already founded the MMA of California. Its interesting to note that Easyriders’ original name for their rights group was similar to MMA’s because the bigger threat, aside from the original federal helmet mandates, was that the U.S. DOT was investigating ways to restrict modified or customized “choppers” which they deemed unsafe, especially due to extended forks. The 60’s fad of ridiculously high sissy bars also came about because the government started requiring “grab bars” for passenger safety. Bikers of those days began flaunting the law by building them as long and as garishly as they could get away with.

As in most states, before bikers became politically organized, the clubs were the first to fight helmet laws and other restrictions. In the previous decade, before the MMA or ABATE came into existence, people like the Hells Angels M/C and Ralph “Sonny” Barger had succeeded in keeping California helmet-law free even though Congress had passed legislation in 1966, requiring every state to pass a helmet law or lose 10% of their federal highway funds (sound familiar?). Rumors still circulate around Sacramento about 1,000 Hells Angels on the Capitol lawn (well, it seemed like a thousand) and more HAs camped out on the doorsteps of legislative opponents. But the old intimidation tactics were beginning to wear thin, and club leaders realized that they needed to legitimize their efforts by creating a more sophisticated political lobbying arm, in this case the MMA of California.

Motorcycle helmet use bills were introduced in the California legislature in the early 70’s, and the only individual who appeared in the committees to oppose them was Ron Roloff, who soon became the MMA’s Business Manager and lobbyist. These bills never made it out of the committee, thanks to Ron’s persistence and the club’s opposition. Around this time, the American Motorcyclist Association (AMA) began to recognize the motorcyclist rights movement, and through the AMA News Editor (and future AMA President) Ed Youngblood, they established the AMA Government Relations Department.

As the rights movement grew, Don Pittsley, a member of the Huns M/C in Connecticut, convinced Congressman Stewart McKinney to introduce H.R. 3869, a bill to end the federal authority to withhold highway funds from states without helmet laws. In July 1975, Rob Rasor of the AMA, Ron Roloff of the MMA and Ed Armstrong of ABATE presented the House Subcommittee of Surface Transportation with convincing testimony to repeal the mandates. Later that year, with California being sued by the DOT because Governor Ronald Reagan refused to comply with the federal mandate, Roloff helped convince California U.S. Senator Alan Cranston to offer the language of the mandate repeal bill as an amendment to 1975 Federal Highway Act, which passed with overwhelming support from the California Congressional delegation because of the impending lawsuit, and was signed by President Gerald Ford on May 5th, 1975. Not bad for a bunch of rag-tag bikers with little or no previous political ambitions.

Back in California, the MMA grew under Roloff’s leadership, but one of his top Division Managers, “Deacon” Dave Phillips, became disenchanted with the internal structure and envisioned a more democratic organization, which was more responsive to the membership by being run from the members up instead of from the leadership down. As the conflict peaked, Deacon broke away and, in 1981, was elected by the existing Board of ABATE of California to take over the founding charter from Bob Bitchin, who was doing little at the time to promote the organization. According to Deacon, the whole organization consisted of a small box of receipts and a list of a few dozen members.

He also inherited several debts incurred by the original ABATE, so he closed down the organization. Then using a $500 loan from an attorney named Richard Lester, he reincorporated as ABATE in California, and the membership voted to change the acronym to American Brotherhood Aimed Towards Education. (Later, after the debts were paid off, Deacon changed the name back to ABATE of California.) Ron Roloff joined as one of the first new ABATE members, although Roloff and Deacon never reconciled their differences and the schism between ABATE and MMA grew wider.

Deacon was the first State Coordinator and, in accordance with the Articles of Incorporation, received an annual salary of $1.00 (one whole dollar) per year, still to this day the Executive Director’s salary. Deacon also published the organization’s first newsletters, which he claims were the sole purpose for ABATE’s early existence – “to act as a source of information for the bikers,” and disseminate relevant news from around the state and country. It wasn’t until the children’s helmet law came into existence in 1985 that ABATE of California had a helmet law to fight. Thus ABATE of California became a politically active organization.

While Deacon paved the way, other leaders came forward. Rider John in Kern County, another MMA Division Manager from Orange County named Harry Roach, Dan and Rebbeca Boyd, “Wheelchair” Mike, “Dresser” Bill Drury, Billy Bob Bruce, Russ Brown, and later John “Milky” Loudermilk, James Gregory, Nancy Nemecek, Bob Mannah, Bill Bish and a host of others who helped the fledging organization grow. With a few successes under our belt and spurred by successful political rallies, ABATE attracted others like John Paliwoda, Paul Lax and Mike Osborn who, along with many other activists, helped build and nurture ABATE into the political force it is today. And while it took many years to mend the problems between ABATE and MMA, we now enjoy a rich and very cooperative relationship.

So there you have it. The roots of ABATE run deep in the hearts of those who accepted, and in turn passed on, the torch called Freedom of the Road. To all those who came before, we salute you. To our current leaders wondering where the future will lead us, remember that it's totally up to you!